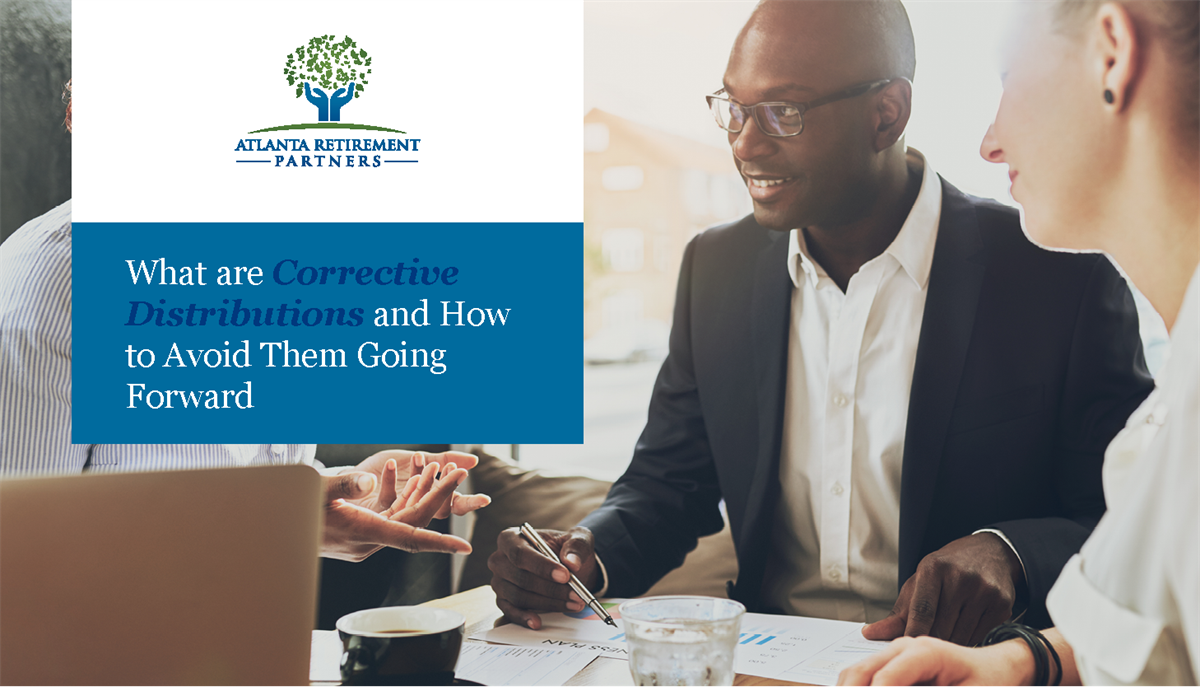 What are Corrective Distributions and How to Avoid Them Going Forward

Tests – the word alone is enough to make the most studious of us sweat.  When placed in the context of 401(k) plans, i.e. determining whether your plan passes non-discrimination tests, anxiety levels can go through the roof!

This article will take a brief look at ways to correct a failed “ADP” test, the non-discrimination test mandated by the Internal Revenue Code to determine whether 401(k) elective deferrals unfairly favor highly-compensated employees and use corrective distributions, a method available to fix a failed test.  It also outlines a few changes that can be made mid-year to improve test results and explains how to avoid the ADP test altogether.

When your Plan Fails the Test

Typically, the ADP test is done shortly after the end of the plan year, and if your plan fails, corrections are made in accordance with certain procedures and time frames.

Generally, the plan document specifies the correction procedure; the most common method requires the plan sponsor to first recharacterize excess amounts as “catch-up” contributions, if possible, and then to make corrective distributions to the highly-compensated employees.  Depending on your plan design, these corrective distributions would have to take place within 2 ½ months from your plan year end to avoid additional penalties to the plan.

Consequently, highly-compensated employees are not only unable to take full advantage of saving for retirement, but the refund of the corrective distributions means they will face additional federal and state income taxes.

OR, there is another option. If the plan sponsor chooses, they could make additional contributions to the non-highly compensated employees to correct a failed ADP test.

Proactive Steps to Not Fail the Test

One option is to have the ADP test done mid-year to get an early assessment.  If it looks as though the plan won’t pass, here are three ideas to prevent failure:

There is one way to completely eliminate the ADP test. It is to adopt a safe harbor design for the plan.

Keep in mind that adopting a safe harbor plan will eliminate the ADP test requirement for future plan years only. It cannot be adopted retroactively or mid-year to alleviate a failed ADP test for the current plan year.

A safe harbor plan can only be offered for an entire plan year; and since most plans have a 1/1 start date that could be good news if you think you will be failing the ADP test in the near future. Keep in mind that there are notification requirements and that participants must be notified 30 to 90 days prior to the start of each plan year, so if this is something you’re interested in, setup a call with your service provider today.

Non-discrimination testing is an integral part of sponsoring a 401(k) plan, but there is no need to have anxiety about the ADP test.  There are ways to correct a failed test and improve the test results if a failure seems likely as well as ways to avoid the test altogether.